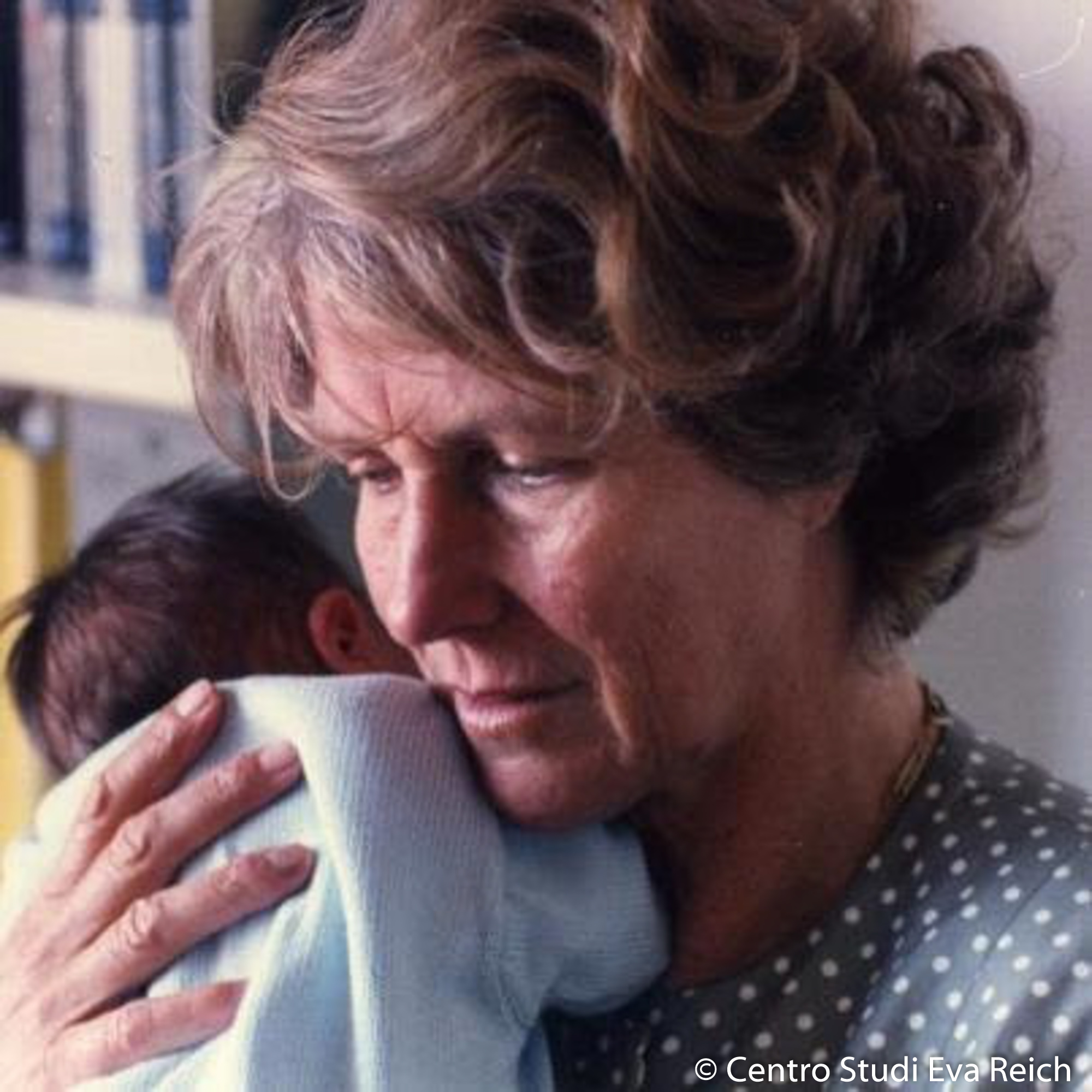 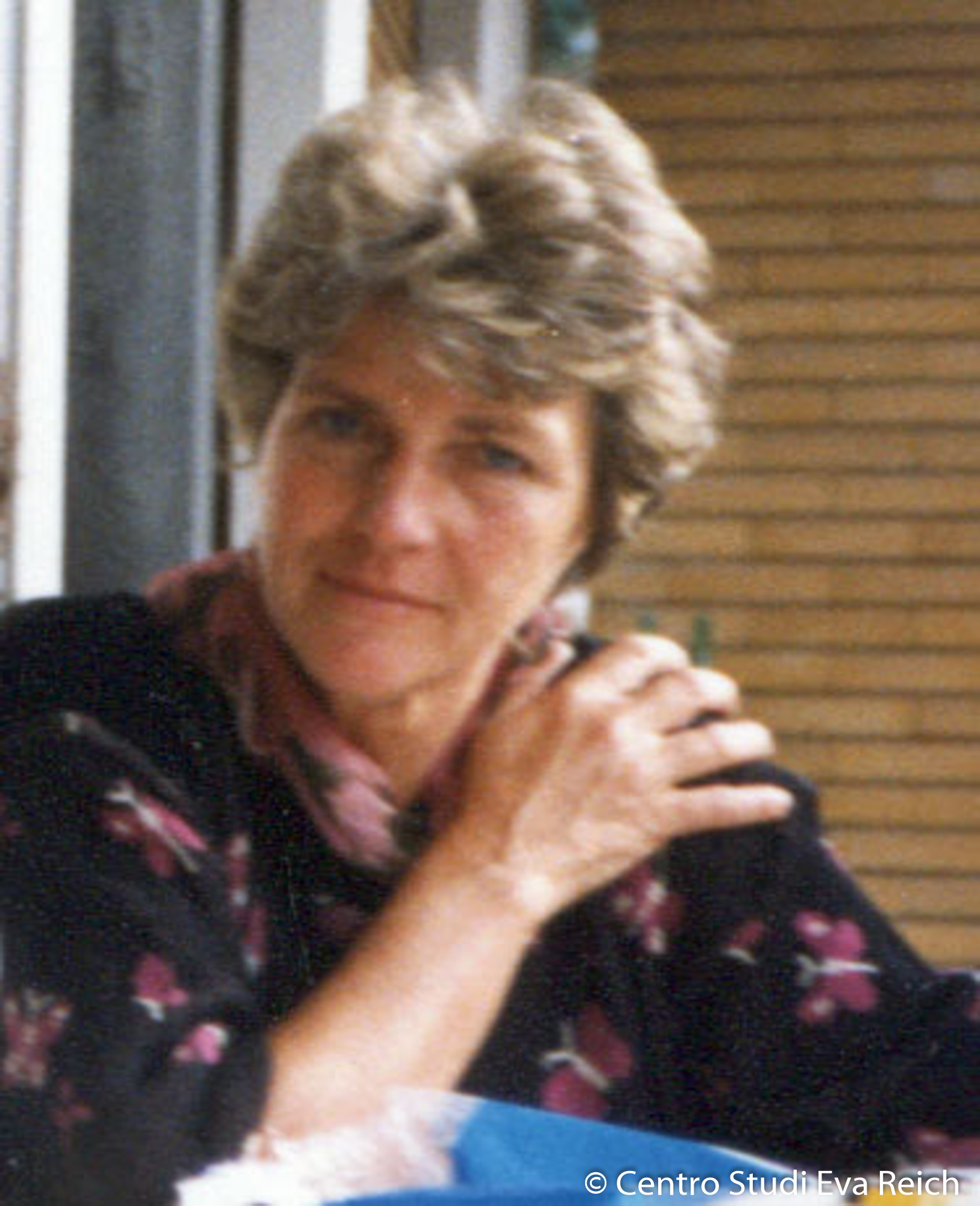 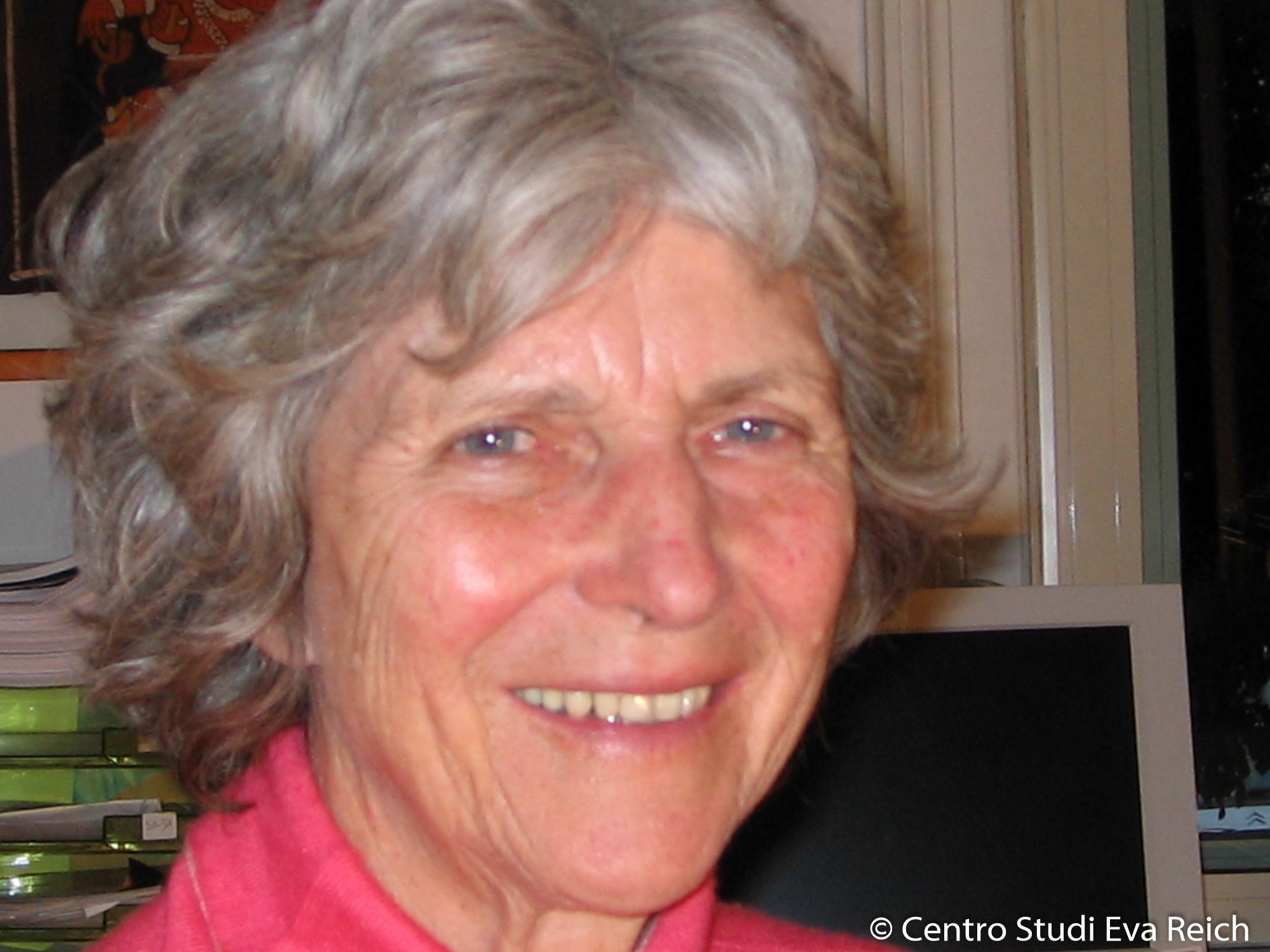 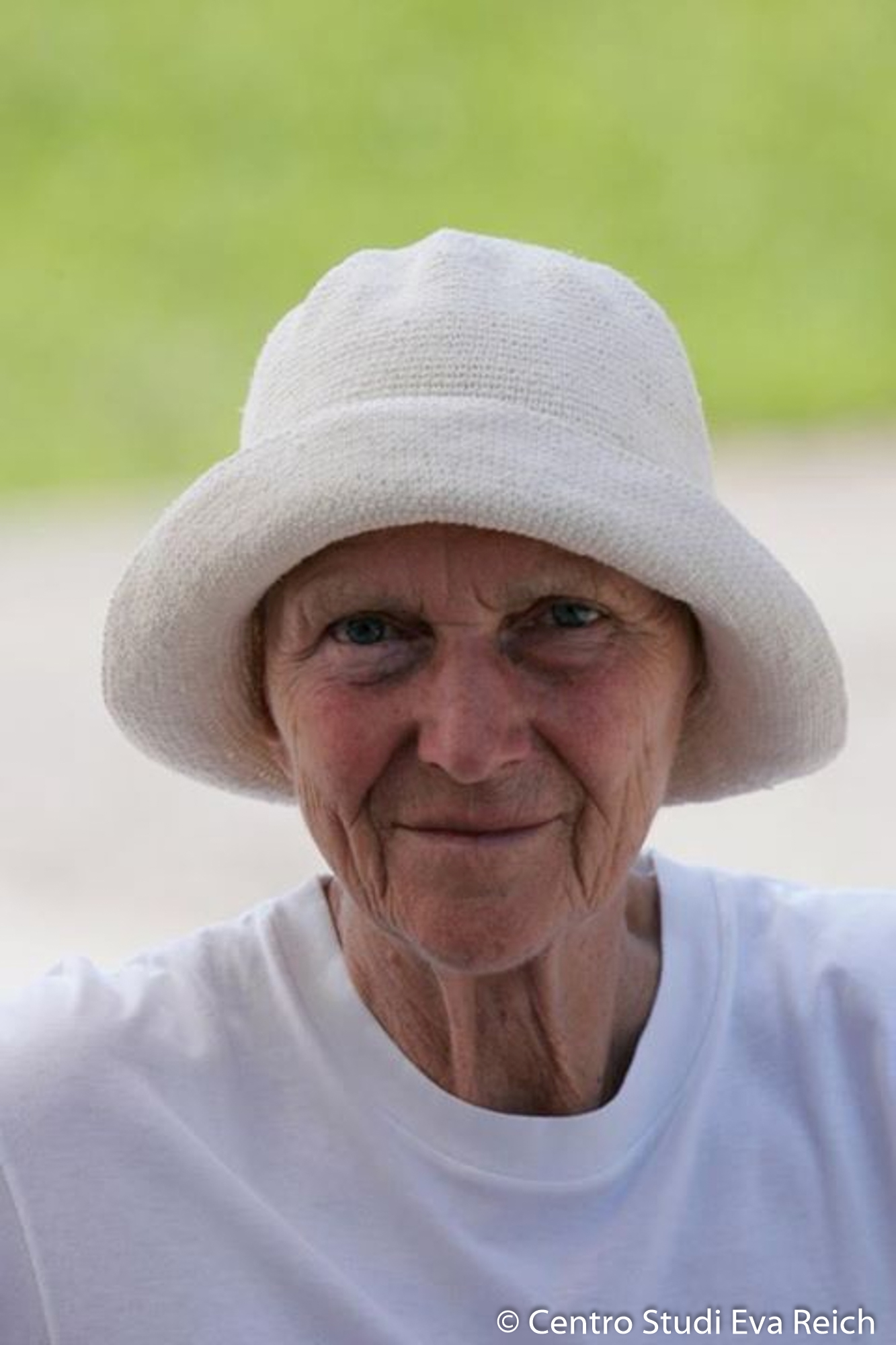 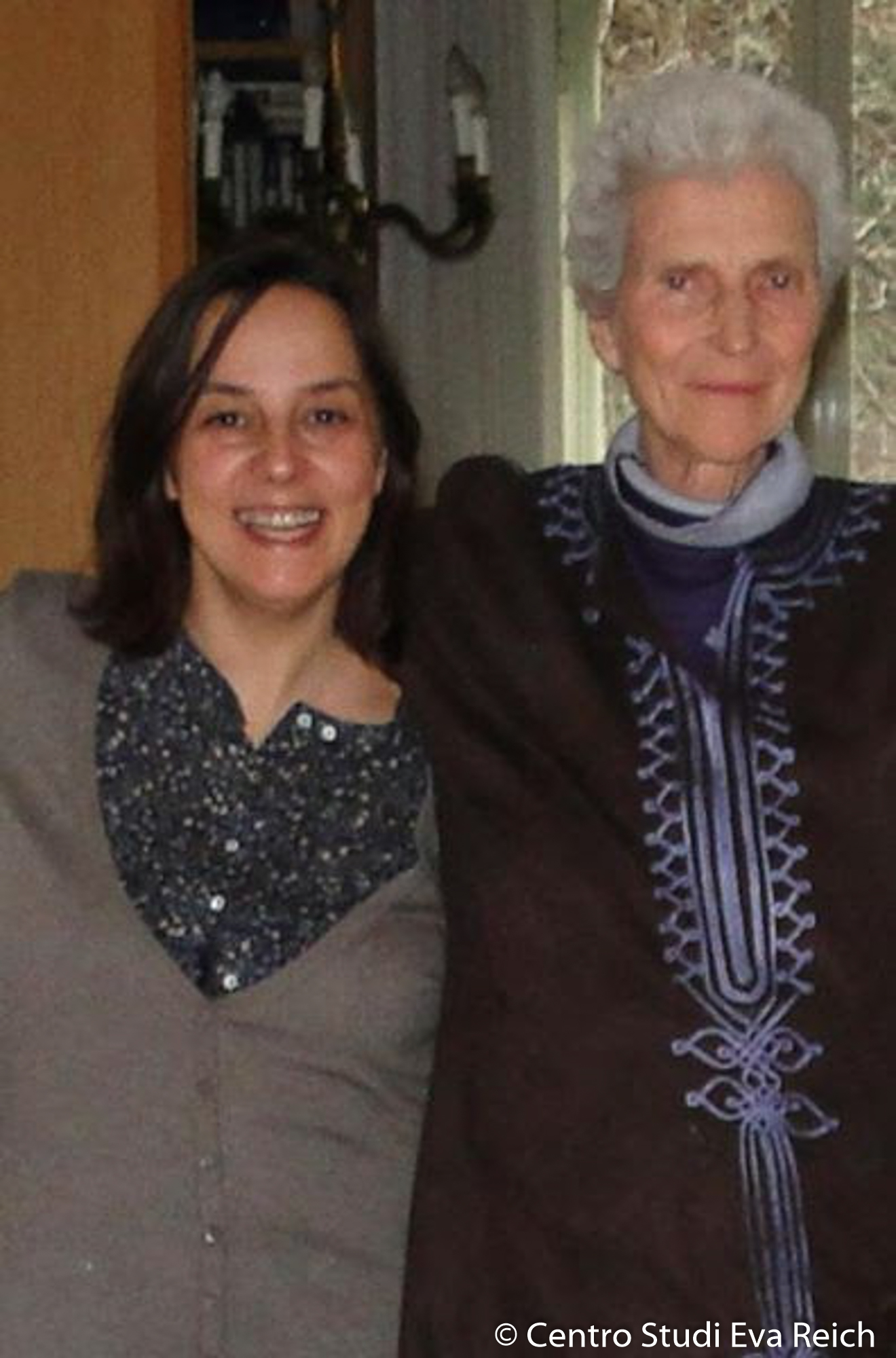 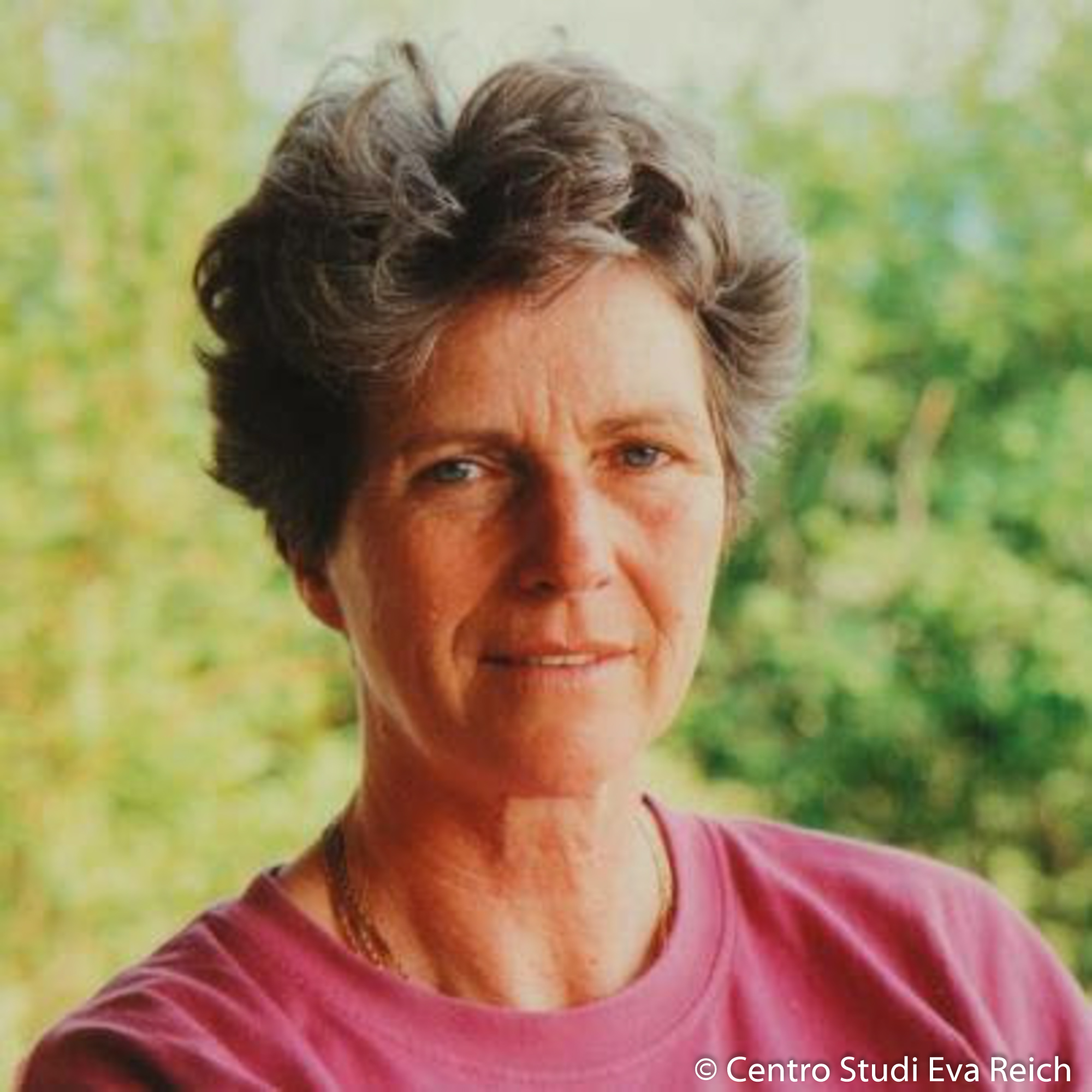 I was born in Germany and in 1960 I married in Italy. We lived in Naples where I gave birth to our three sons.
Since I was 18 years old I suffered from neckstiffness.  Whenever I fell in love my neck stiffened. Since the first years of the seventies I discovered Wilhelm Reich’s books (in bootleg-copies). It was immediately clear to me, that Reich’s therapy would help me.. I became an active part of the first Reichian group in Naples. Ola Raknes  a collaborator  of W. Reich in Norway, came and did vegetotherapy and taught W.Reich’s energy-concepts. We were very exited. I was immediatly convinced by Reich’s work on newborns and his idea about prevention of biopathies and self-regulation.

Maybe it was my own memory of my difficult birth where I hurt my mother, maybe it was the difficult delivery (forceps) of our first son and the two free-flowing deliveries of two following  sons with a wise and knowing midwife (sage femme). A birth preparation-group was created and soon the leader of the group, a medical doctor and psychiatrist, began to do home-births. I assisted in birth-preparation. Leboyer came and the excitement  grew.
On request I assisted births both in hospital and home. I had become a bioenergetic doula.
In 1980 I began my formation as a bioenergetic analyst of the SIAB.
In 1981 my family and I moved to Rome and I began my pratice as a therapist. Together with another psychologist, a gynecolgist and an obstetrician we formed a Maternity-Center . The women who came to us received cure, care, and support from pregnancy to birth and after birth. I practiced birth preparation using “Gentle Bioenergetics”and I taught my methods to birth professionals.
In the eighties I met Eva Reich. The prevention of biopathy and self-regulation from birth on was the axis around which her work revolved. I immediately began using the butterfly-massage she taught me, both with my family, with my adult patients in therapy, and added it to the activities I offered at the Center. I continued through the years to meet Eva Reich in Vienna, Oslo, Munich and to participate in her workshops. In 1996, to Eva’s great joy, I founded the Centro Studi Eva Reich in Rome.. 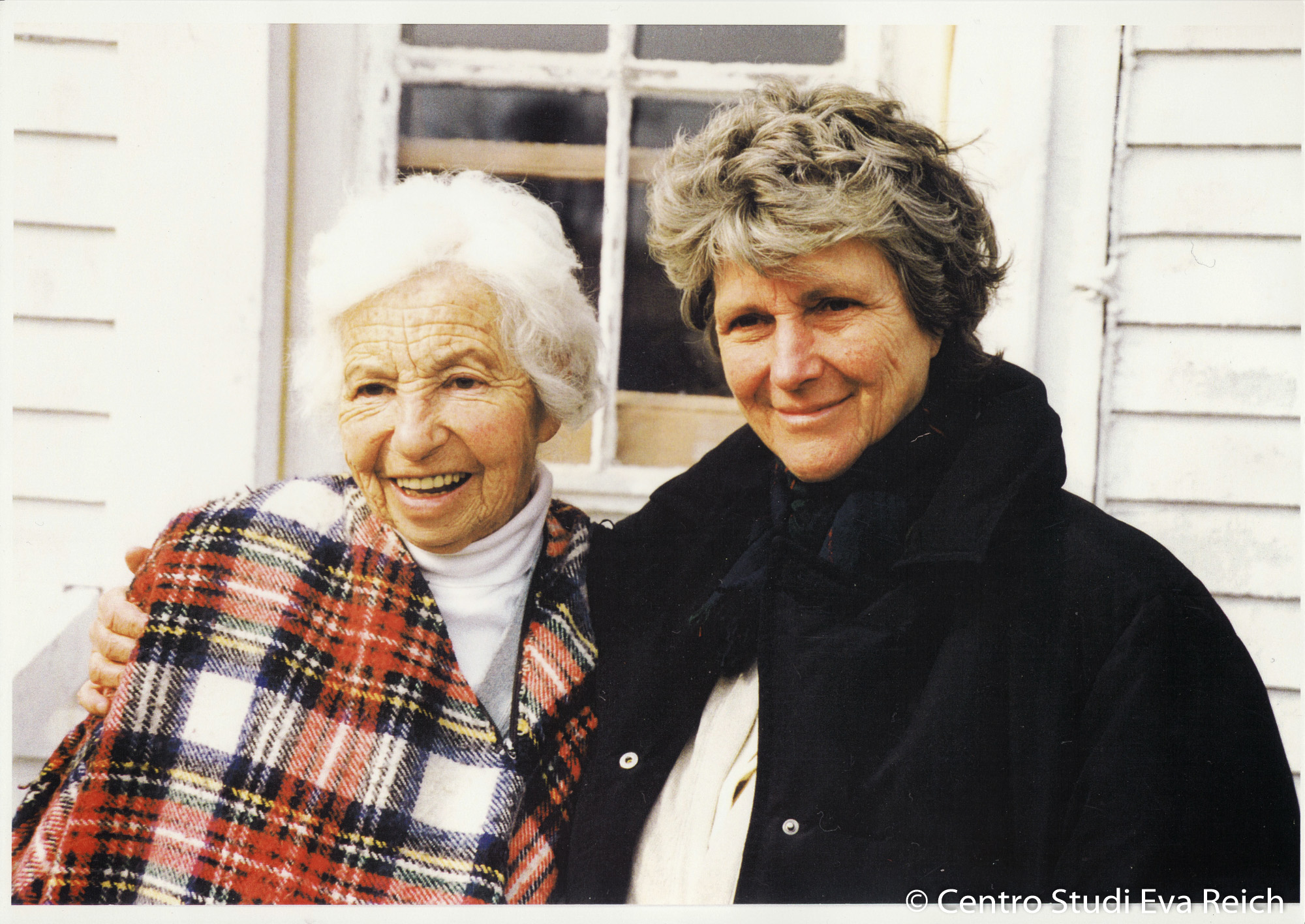 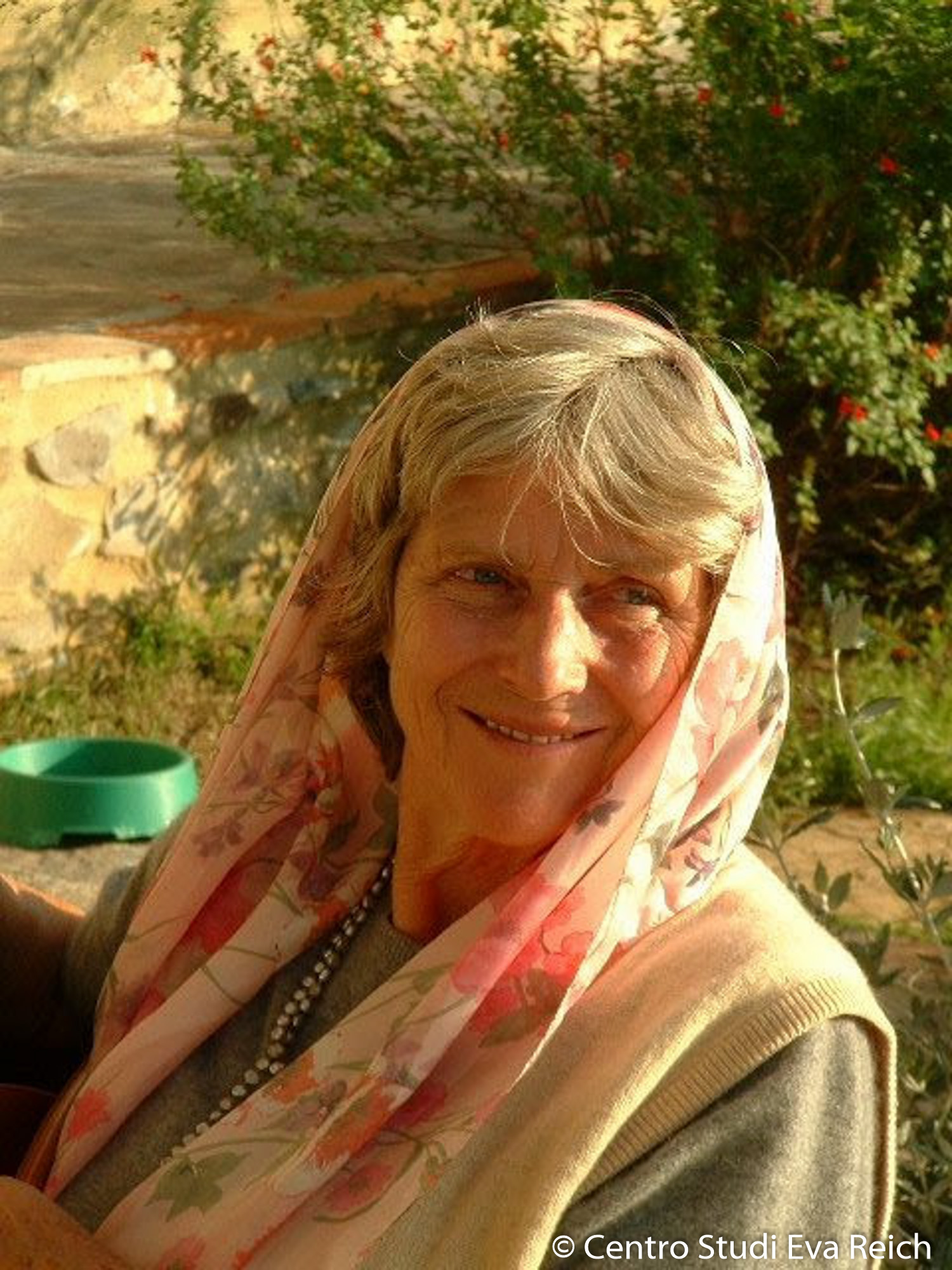 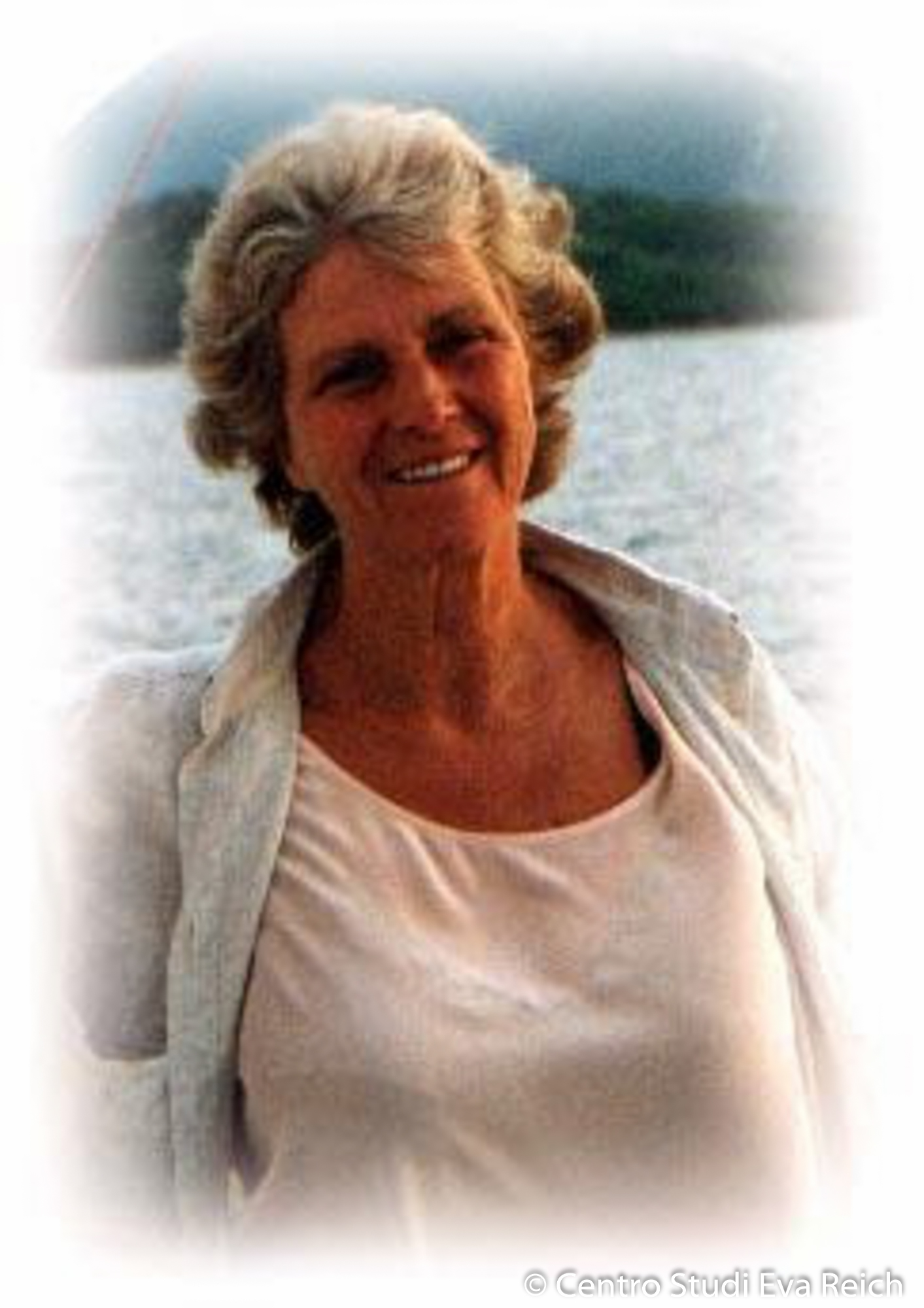 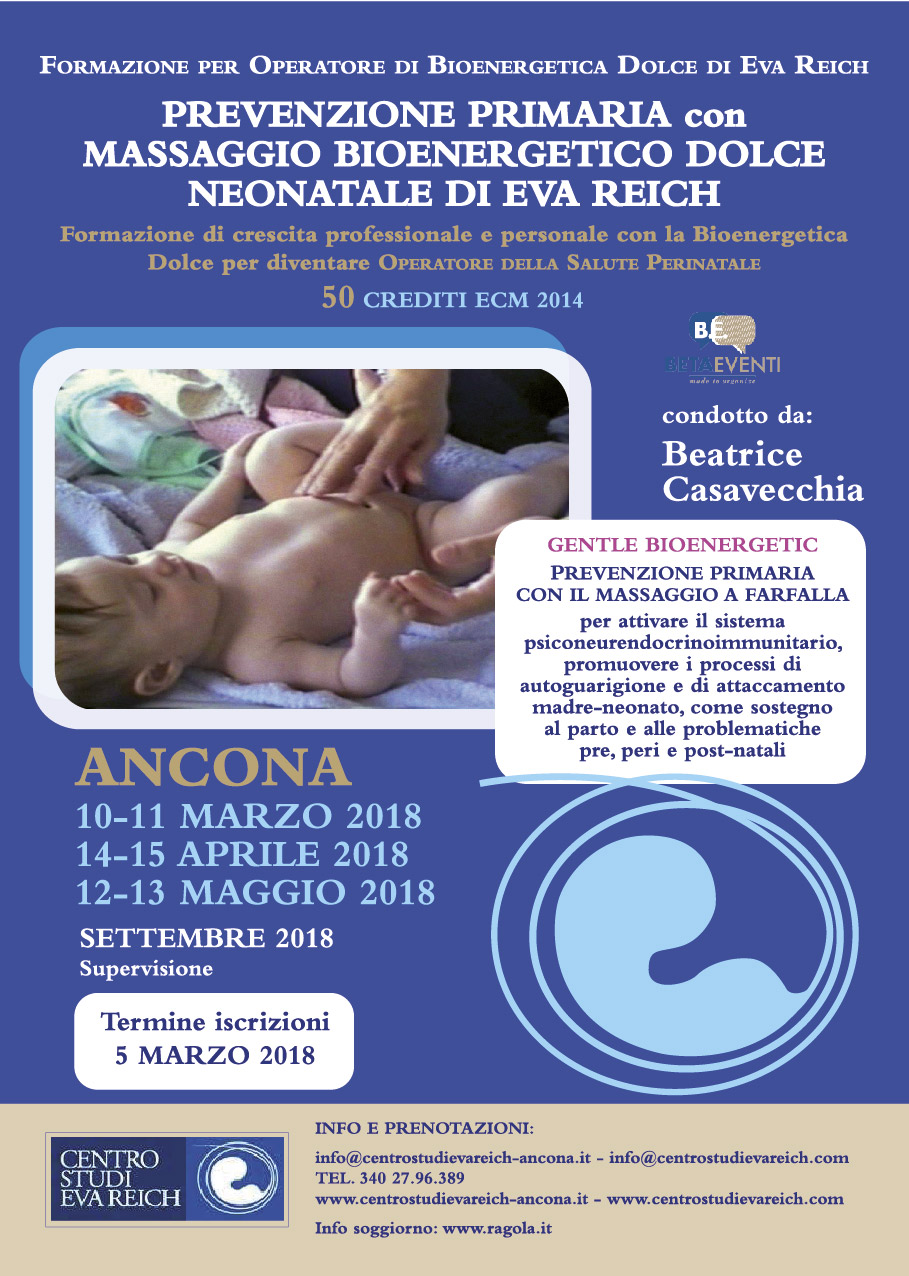 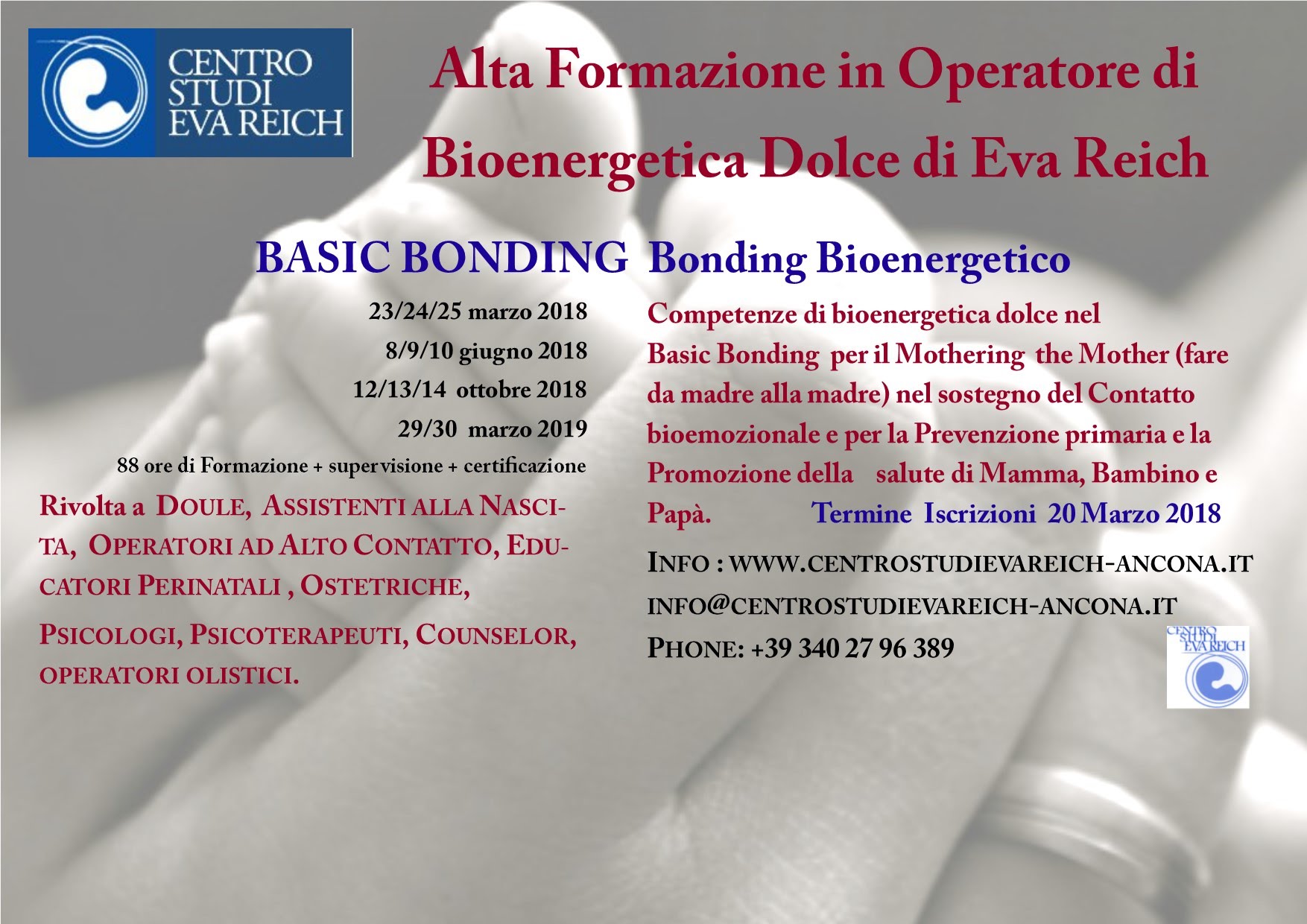 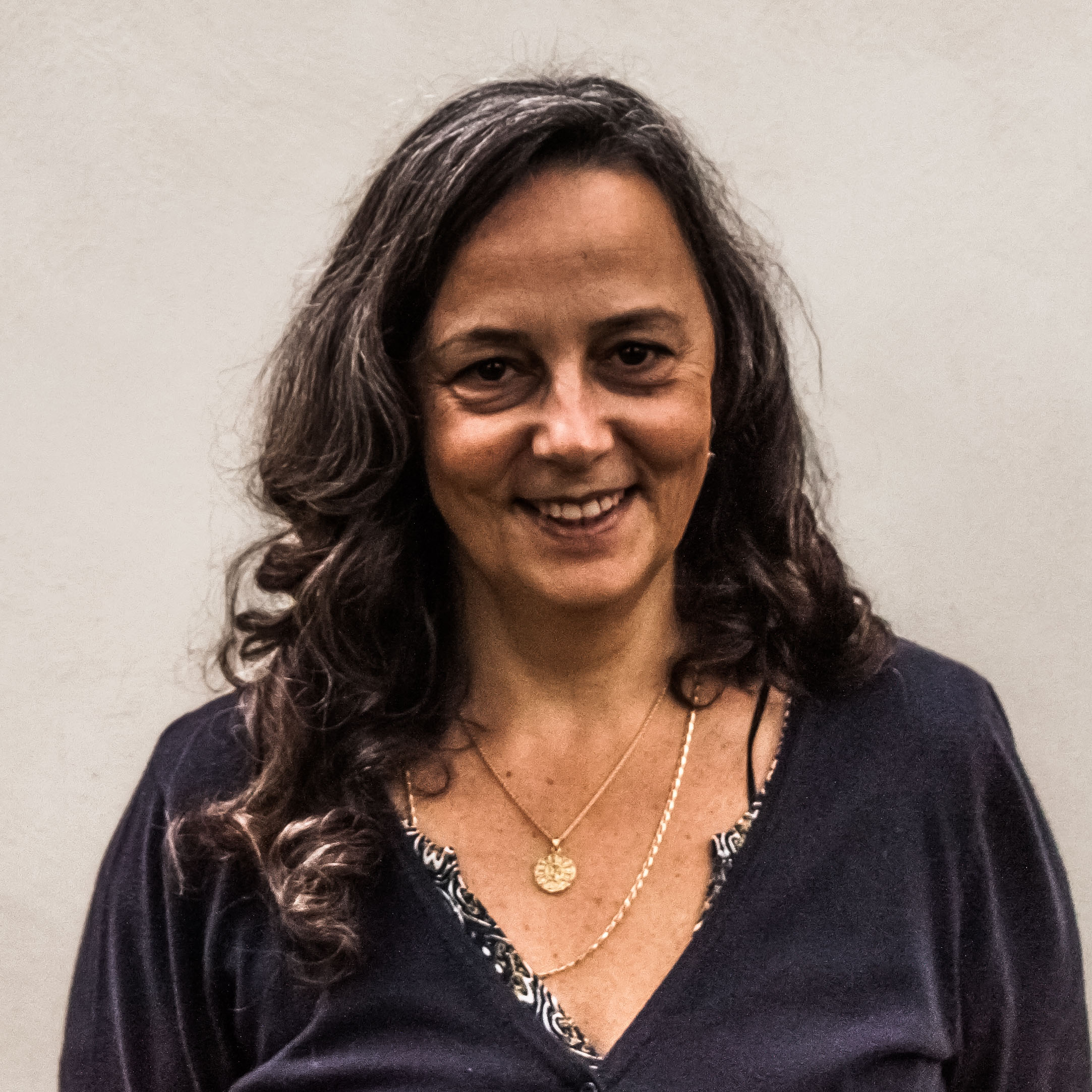